One of the most widely used security features in currency, globally, are UV-fluorescent phosphors inks or embedded fibres which emit a ‘glow’ under a UV light. These inks remain hidden when viewed in normal lighting conditions.

This method of protecting currency is widely used because it is inexpensive and easy to implement compared to other more advanced security features. Examples of UV security features can be found in most major currencies.

On the front of the latest (ES2) €50 banknotes, the stars in the EU flag, the small circles and the large stars all glow yellow under a UV lamp.

In Scotland and Northern Ireland, things get a bit more complicated. Multiple banks across both regions issue their own banknotes. All are valid legal tender and most are accepted cross border. Unfortunately this means that anyone handling cash in these areas has a lot more work to do to familiarise themselves with the security features of each banks notes.

Ulster Bank notes incorporate a lot of ultra violet security features, all of which can be viewed on their website. 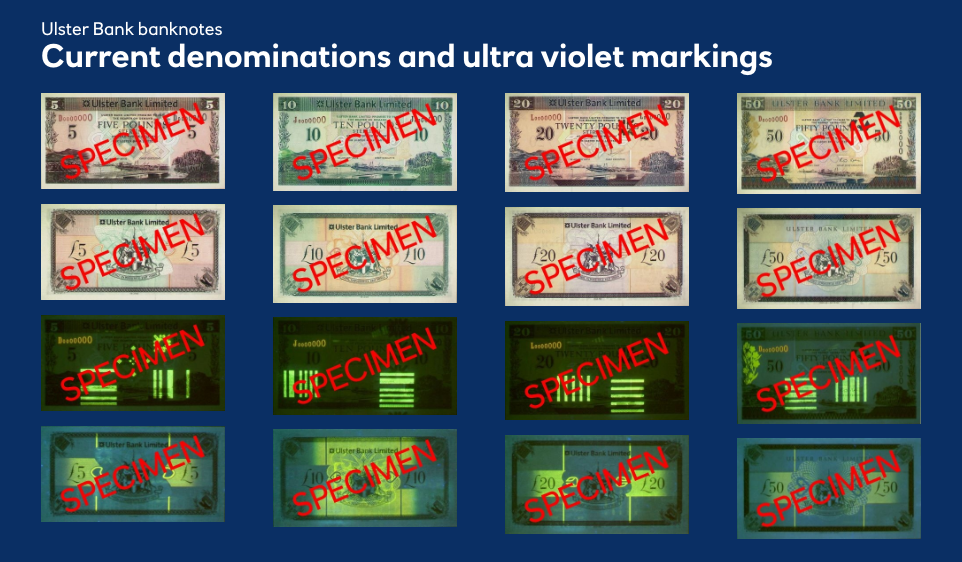 If you look at the front of the English £50 note under a good quality ultra-violet light the number 50 appears in bright red and green.

The motion thread also appears bright green and randomly spread bright red and green flecks are visible on both the front and back of the note. The remainder of the note appears dull in contrast. 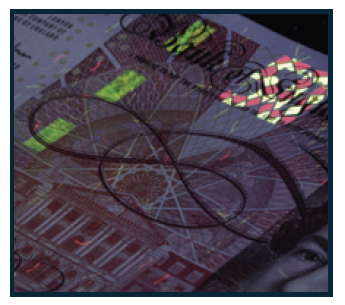 Historically, the US dollar has been one of the most widely counterfeited currencies in the world. Did you know that in 1860, Abraham Lincoln created the Secret Service as a separate operating unit under the Department of Treasury, in an effort to stem a counterfeit crisis during which as many as one third of all bills in circulation were counterfeit? Today the Secret Service estimates just one bill in 10,000 is fake.

On the current US $50 note you can see an embedded security thread glowing yellow when illuminated by UV light. 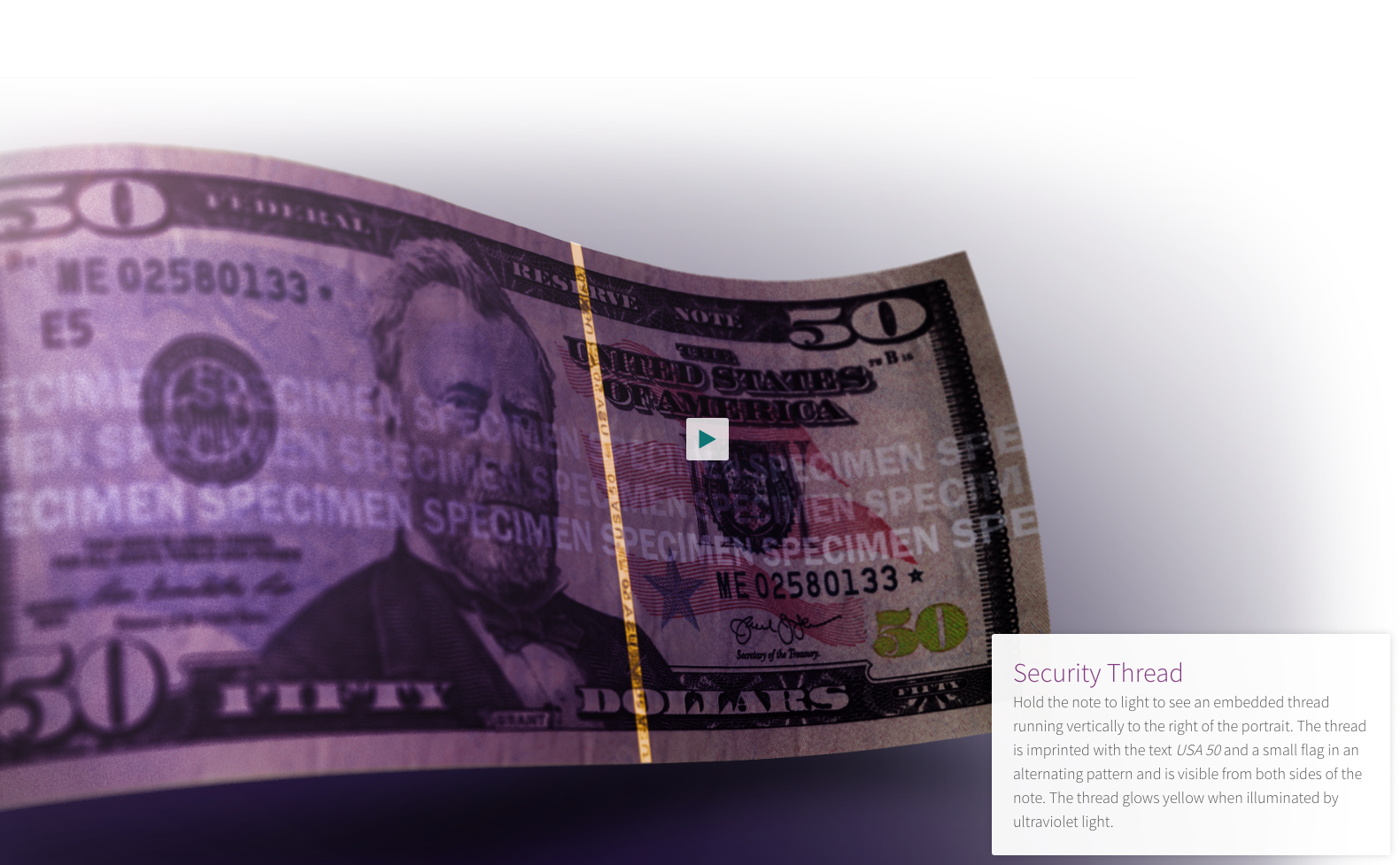 Replicating the UV security features in currency is not impossible, so some notes that are authenticated by a UV light could still be counterfeit.

One method frequently used by counterfeiters is to take a genuine, low denomination banknote, bleach it and reprint it with a higher denomination.

The biggest downside to using a UV light for verification is that you are depending on the user to know exactly where the UV features on each note are located and what they should look like.

Most good quality cash handling equipment combines a number of counterfeit detection technologies, such as ICD, IR, MG, MT & CIS, all of which are explained in more detail below.

Infrared is essentially invisible to the human eye. Paper money with Infrared Ink (IR) requires a scanner which can render IR visible to the human eye. Under infrared light, on the front of the ES2 banknote, only the emerald number, the right side of the main image and the silvery stripe are visible. On the back, only the value numeral and the horizontal serial number are visible.

A good quality machine may also check the paper size, quality and thickness.

Basically it’s a case of the more checks, the better. Unfortunately it’s also a case of ‘you get what you pay for’. The cheaper a counterfeit detector is, the less checks it will do and the less reliable it will be.

The fact is that counterfeiting cash is big business and counterfeiters are becoming more and more sophisticated as technology advances. Just look at the quality of documents that can be printed by a good quality home office printer today, compared to 30 years ago!

A huge amount of time, money and effort is spent by banks and governments developing new security features to protect their currency so the more obstacles you put between your business and a counterfeit note, the better protected you will be.

Ensure your staff are trained to use the feel, look, tilt method to identify counterfeit notes. A POS tool such as an electronic note checker, which uses multiple verifications, is a really good idea.

Never rely on just one method of counterfeit detection for your banknotes.

Fiinally, if you must use a UV light, buy a good quality one and use it indoors in a darker setting. Direct sunlight or daylight can make visual verification almost impossible.

If you would like to speak to one of our sales consultants about the most suitable counterfeit detection equipment for your particular business, get in touch now.

There is a plethora of information out there designed to inform and educate cash handlers on how to protect themselves, if you know where (and have the time) to look for it. To make things a little easier we have compiled a list of useful links and resources below for you.

Did you know that you can verify the design of Euro banknotes using an app developed by De Nederlandsche Bank? Simply search for ‘Genuine or Counterfeit’ on the App Store or Google Play.

Back to news listings
Request a callback

A member of the Money Point team will reply to your enquiry within 1 working day.

We are proud to have helped these leading businesses to be even more successful!